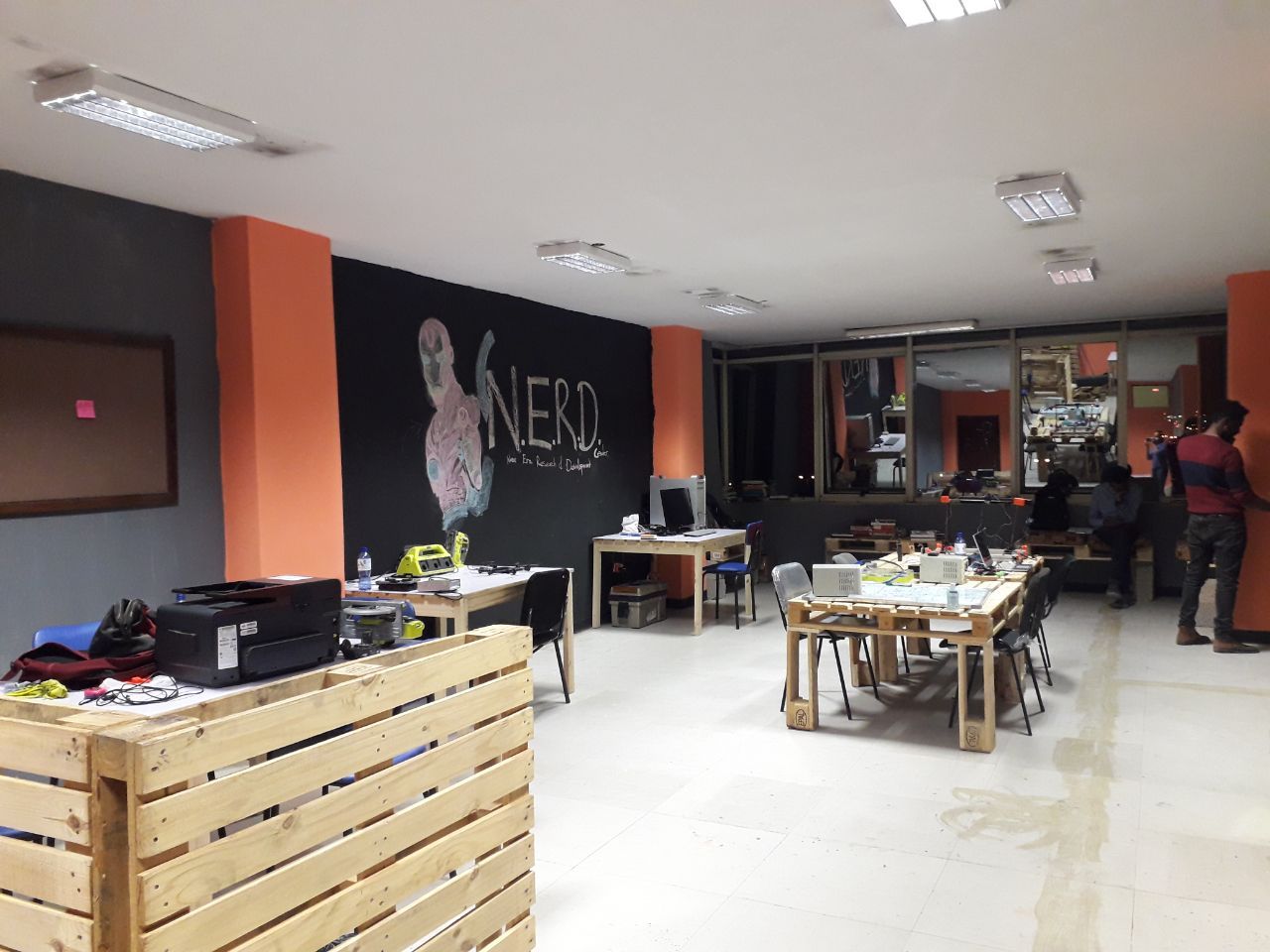 The COVID-19 pandemic has been reaching havoc across the world businesses and governments have been scrambling to cope with the effects of the pandemic. In the midst of all this, smaller but bolder initiatives have been arising and giving way to a certain brave stance against a humongous threat and coming up with feasible solutions that will end up saving lives.

Time to meet NERD, no not us, but a start-up that has been making waves on social media for the ventilators they are creating to help the frontline health works. In a country where there are 500 ventilators for over 100 million people, that’s not only bold but also commendable.

NERD, short for New Era Research and Development Center, is a research company established by a group of researches/engineers. These data and science nerds where brought together by the sheer desire to see innovation transform lives. While they started with developing an online campus of sorts  where students (anyone really) could come and learn about specific topics, they also are a research centre that is focused on the 4 pillars of technology Drones, Autonomous Vehicles, Industrial robots and G-Code based machines.

And the best part about it, they acknowledge the importance of interdisciplinary cooperation. NERD is a place where any talent can come and thrive from the engineers to writers, anyone can freely discover and express their skills and in extension themselves.

Part of what caught our interest, was not just the ventilators they were making but the name. NERD is usually a badge of honor we wear to signal to other people that yes, we are passionate about things and we will let you know about the things we’re passionate about. And seeing a bunch of engineers acknowledge the importance of passion and dedication in everything you do.

So how does this ventilator work?

In order not to dumb this up or fuck this up, it’s better if we use their words to describe it:

“So our first ventilator prototype was originally designed and opensourced by a company called Protofy.XYZ in Spain under  the OxyGEN Project. One of the things that grabbed our attention about this project is that it is a mechanical system for the most part that can be easily built with locally available resources and it is simple to assemble without a special need of skill as well. The ventilator was built in different versions all with their own improvements and modifications. We have now built the final maker version of the product and are about to assemble the industrial version which has been approved for clinical trials and mass production in Spain. The ventilator basically uses a cam rotation mechanism that is run by a wiper motor that obtains power from a DC source or a battery. The design of the cam’s shape is made in a way in which it follows the normal breathing cycle of a person. As the cam rotates it pushes on a lever that is placed on top of an ambu bag which is used to supply a volume of air into a patient’s lungs as it is compressed by the lever in each time cycle that corresponds to the inspiration-expiration rate and the breath per minute desired to be achieved.  The tidal volume is also controlled by varying the cam settings.”

Although they might not be producing the product, it is important to note that once the prototype is done, anyone can come and partner with NERD to get this to the public. It’s in fact their hopes. NERD, in true nerd spirit, will opensource projects to the public for anyone.

It’s this idea that knowledge, creative and passion married together shouldn’t just be limited to their space but given to anyone that fuels their existence.

In a post Covid -19 world,  we would love to see companies like NERD actually take charge and build something new. Something that’s better than before. Learning new things shouldn’t be restricted  to school. It’s important to take the time to really explore beyond the classroom and read, engage with new things to truly elevate ourselves to our ideal selves.

For NERD the world post COVID-19 will be recovering from a powerful lesson but will leave us better because we will be building things from the ground up. Something that is sorely needed to heal the economic and social structure not just of our country but the whole world. Ultimately it should lead to a kinder more unified world.

Finally, we leave you with their recommendations of reads and watches.

David Brooks’ the Road to Character, Contagion and Paolo Coelho’s the Alchemist.