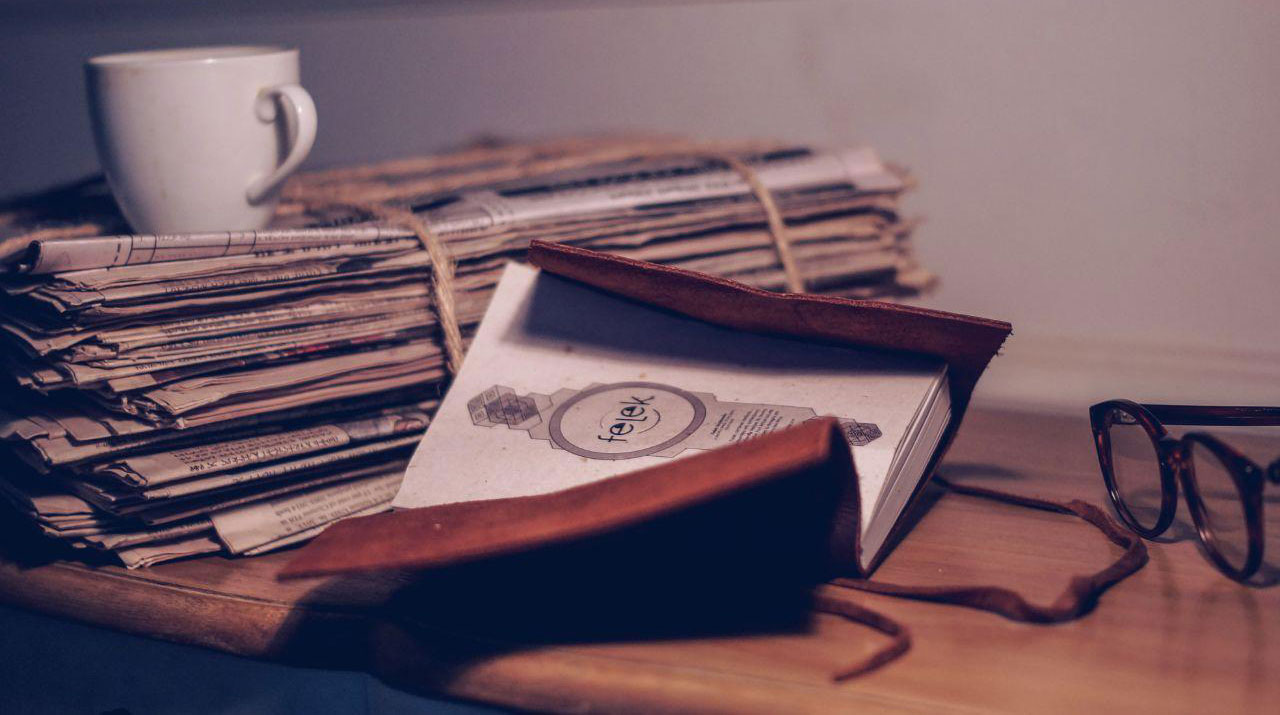 Felek is an artisanal brand that aims to tell the story of Ethiopia’s rich history of producing handmade notebooks with their products. In a country that has one of the oldest illustrated bibles in the world, it’s a crying shame that the art is close to lost. Sure it’s preserved but is it updated? That’s what Suleiman and his team of creative artisans are trying to solve.

With a background in arts (painting), Suleiman first started a creative agency, ICM communications with the aim to help people live better lives through the power of communication. Soon after, to keep up with demand, they started a printing press that would allow them to produce the materials they designed/created inhouse. However, the waste from the print shop was too much to be left unnoticed. With the aforementioned passion and interest in bookmaking, Felek was born. Felek also donates exercise books to a partner school in Wolayta.

We went down to the Felek workshop, now also producing masks, to see if we could get a closer look at what makes Felek special. This is their story told in their own words (albeit slightly edited).

The Idea Behind Felek

Other than the environment and cultural inspirations, Felek, is a place where social responsibility and business intersect. For the founder, more than the profits what strikes a chord with people and maintains success is that intangible essence you create by investing time in finding purpose and vision behind your brand. For Felek, it’s the spirit of collaboration and a unified and a committed belief that what each staff member does are small building blocks that will lead to a better world. This allows for the product to speak for itself. 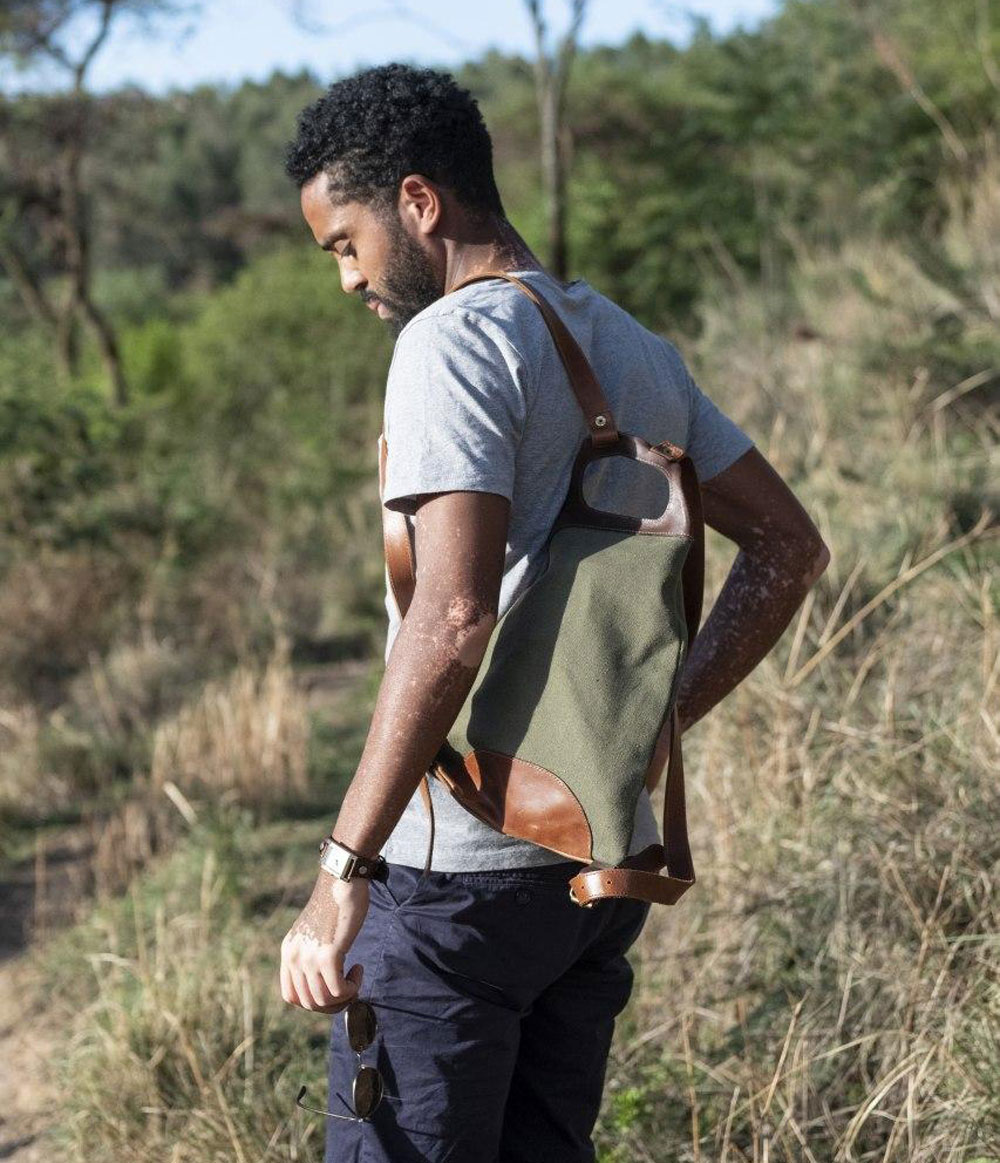 Felek products also have a uniquely Ethiopian style that isn’t super obvious. It’s not always the Netela and the coffee beans or Adawa. We say we’ve built Axum, we won against the Italian invasion, we have coffee but what are we doing now? Did we use the inspiration to actually add something to these great achievements? Did our generation creating something new? That’s always a question for Felek. So then when you look at creativity, do we just look at the past and the same objects or do we go deeper and find ways to update your roots and the story we’re telling. It doesn’t have to be restricted to our history.

When Felek was created, yes Ethiopian history was reflected but it doesn’t have to be limited by that. Given our interconnected world, what’s ours isn’t limited to what we see in the country. Our history is shared. When Abyssinian traders came into contact with merchants from Asia, Europe and the Arab world, they were inspired by some of the things they saw and used that to update their current way of life. People used to mix things up. So when you take the core of that and add something new you’re essentially creating a new way of expressing what your identity means. It doesn’t even have to be limited to Ethiopia, given how interconnected we are, creativity can include things from Asia, Europe, the Arab world anywhere and intermixed with your own culture to create an expression of a new global identity. You don’t want to be boxed. 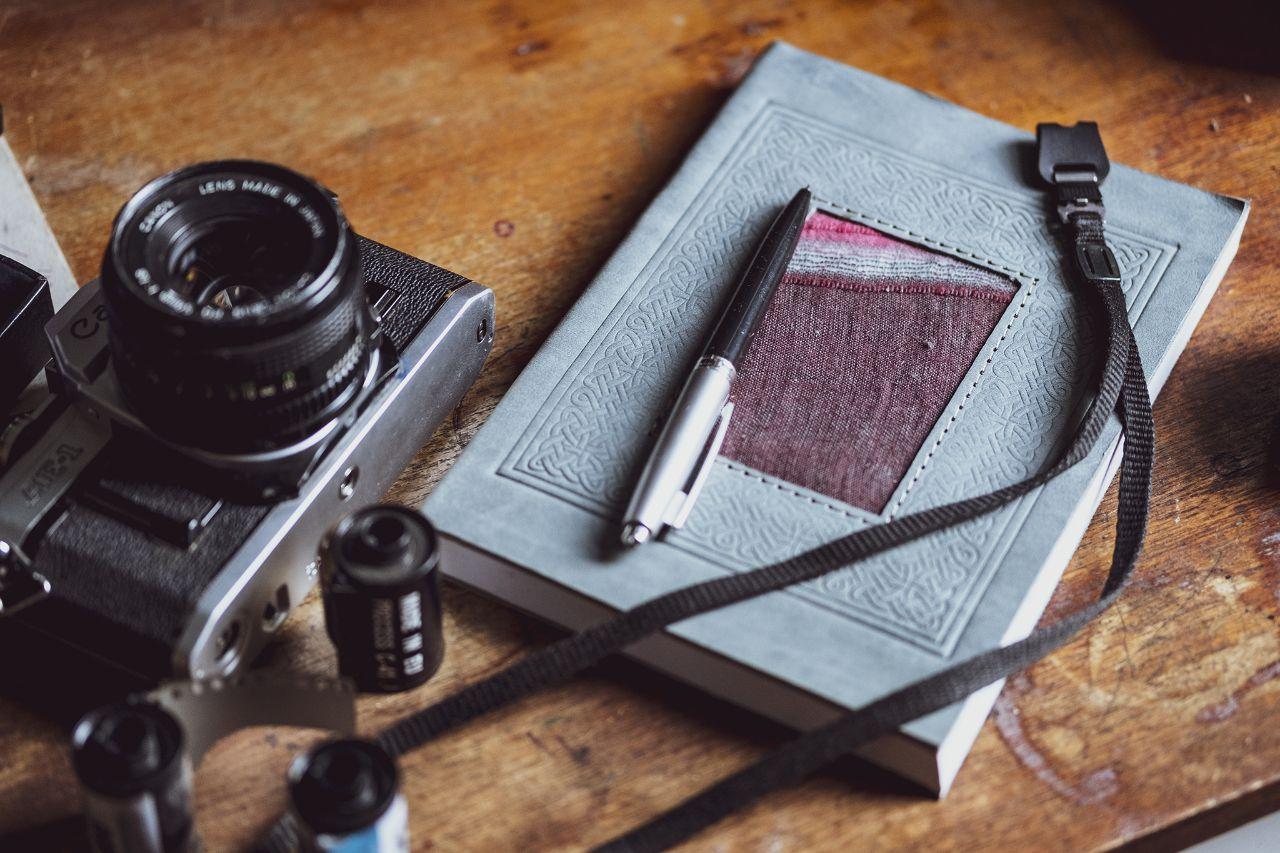 People already have preconception of the “made in Africa” label. It’s not even considered but that’s not a reason to give up. It’s a challenge. A challenge that forces you to uphold yourself and your brand to a higher standard and make the necessary sacrifices to create something new. The staff wasn’t fully aware of the necessary commitment, time and resources it would take to get to a level where you can say with confidence that this product hasn’t been made anywhere else in the world and only we can make it. Initially, we had to invest so much time and resources on getting everyone onboard with this. Making sure that the standards are internalized and that until you’ve perfectly cut that leather, stitched those pages, printed those lines, properly recycled the paper you can’t say it’s done. There were a few learning curves but when we got there organically. It all become worth it. Because now it was about representing your own culture and adding your craftsmanship and creativity to it.

This took a lot of learning as well, every time we travelled, we brought back notebooks and bags and we used to analyse them. What made them so great, why they had good quality. How it was held together all to ensure that our product matches and if possible exceed the level of quality expected in the world stage. And at the same time keeping it as your own. Ultimately when you carry the made in Ethiopia label all odds you want to ensure that you’re giving it your best. Afterall, this is representing where your from. It’s a continuous process and we’ still think we can do better. You have to keep this alive.

In the design school I went, you learn the ins and out of design but also how to function in the real world. It’s a combination of business education and art. You learn the process but also at the end of the day you learn how to create. So when you work with creatives the most important thing is to impress the importance of balance between the expectations of the workplace and the liberties creative work entails. This also means that as an employer, you have to encourage people to make mistakes. Because the most successful creative is the one that messes up. You learn in your mistakes. It’s almost instinctive. You have to allow people to play around mess up a little but at the same time allow that grey space where the professional expectations come into play. 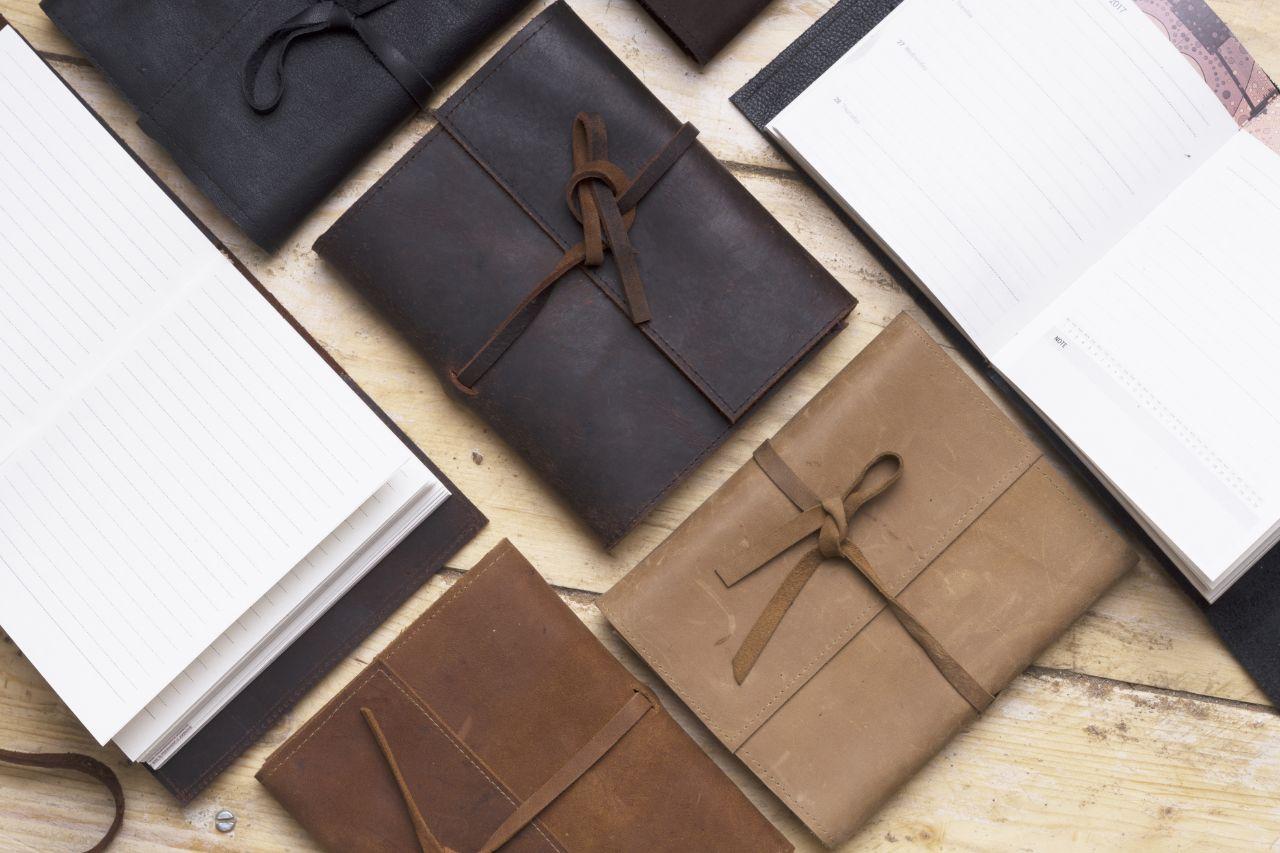 Most creatives, are intrinsically idealists. I went to art school to study painting. I thoroughly believed that Arts can change the world. I believed that my brush can change the world. There was purpose. So if I started a business it must have a purpose, or I wouldn’t want anything to do with it. I knew that for this vision to work, I have to get people on board and generate income. Because isn’t an army of professionals and an artist with a paint brush better than just an artist with a paint brush? To create tangible impact, you need money and to generate money you need a business. But in order for this to work, you also have to communicate with everyone that what they’re doing has purpose.

Given this context, the best way we could see ourselves giving back was first by making sure that everyone working for us was there because they wanted to and taken care of properly, ensuring that we’re not just producing but producing responsibly in a way that doesn’t harm our environment and then with the exercise books.

With the exercise books, initially it doesn’t seem that it’s the most important thing in the world but when we went to the partner schools on our second run. We noticed that the number of attendance had increased. People were actually sending their kids to school because the availability of exercise books allowed them to do it. In a family of 3-5 children this actually mattered.

And it’s also important to note that the drop off is an office activity. We take everyone and everyone looks forward to it. It’s something that renews us for the rest of the year, even when things don’t go as planned it centres us. When we do the boring stuff, like the exercise book cover printing, the paper cutting or the finances, it’s the engine that keeps us running.
COVID-19 Situation

We were shocked. About the pandemic at first and then it became about our sustainability. We were trying to survive. Then we started to make fundamental changes to our business. We slowly shifted to facemasks. We’re breathing a little but what the future holds, is up to anybody’s guess. This has changed us, as humans, fundamentally. Eventually, we learnt that this is a different space of existence and we’re going through this together and that we’ll do our best to come out better together. It’s also important to communicate that if shit hits the fan you’ll be there for your staff and that they too will be there for you in terms of being there. So now, we’re in a the stage to make everyone safe and keep them earning. Give them and us a tangible sense of security. We’re also grateful that this brought the best out of us. 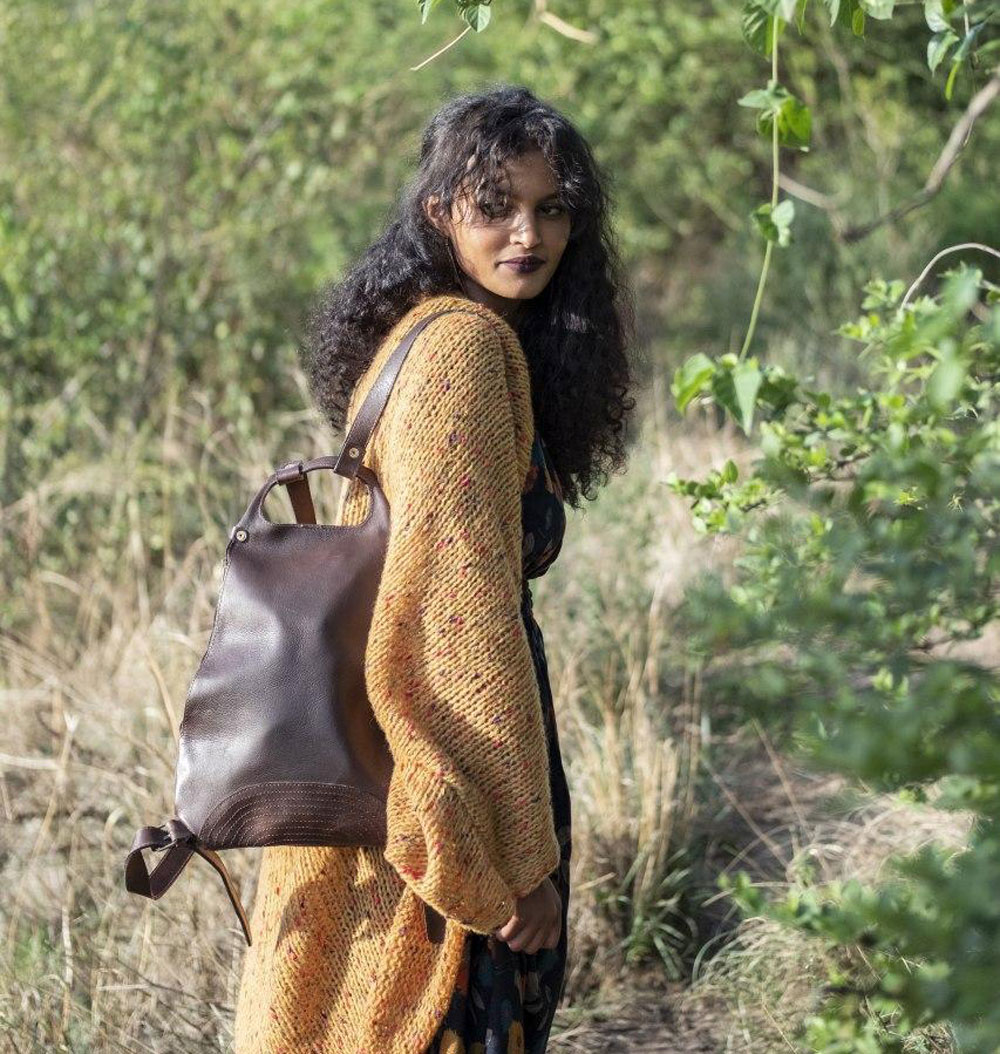 Once COVID hit, marketing budgets, communications, arts department were cut. And these are the major sources of income for creative people. For the most part. However, in a crisis like this, you want someone whose brain works differently.

Even if it doesn’t seem like a necessity now, what will keep you alive post-pandemic is your brand currency. That’s why we decided to retain our designers, illustrators and other creatives. It’s essential to have people like that because, at the end of the day, what will help you set yourself apart is, again your brand.

As a creative, I always thought that I would be an artist. Paint for the sake of painting and have that style. It took a lot of time to get out of that box and start viewing the world for what it is.. Sometimes, we can be like “I’m going to grow out my dreadlocks and paint with gluten free paint” but why insist on the sword? Then you’ll just be surviving but with all the amazing ideas creatives have they should be thriving. It’s important to get out of the whole artiste box and open up more options. True creativity is finding purpose in what you do and as a creative you have an arsenal of weapons like tanks and bazookas and for some reason we tend to insist on using just a sword. No! Use everything that’s been given to you and create more stuff. 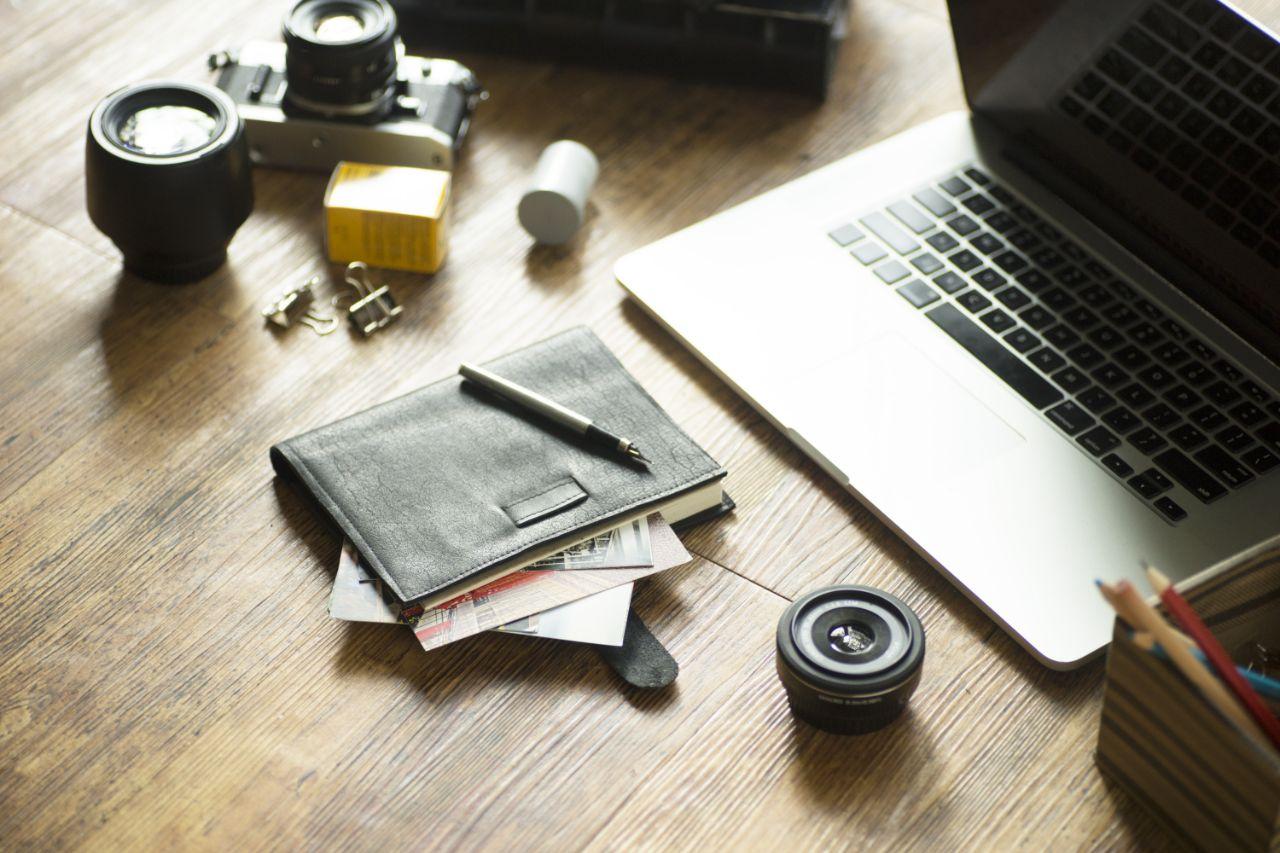