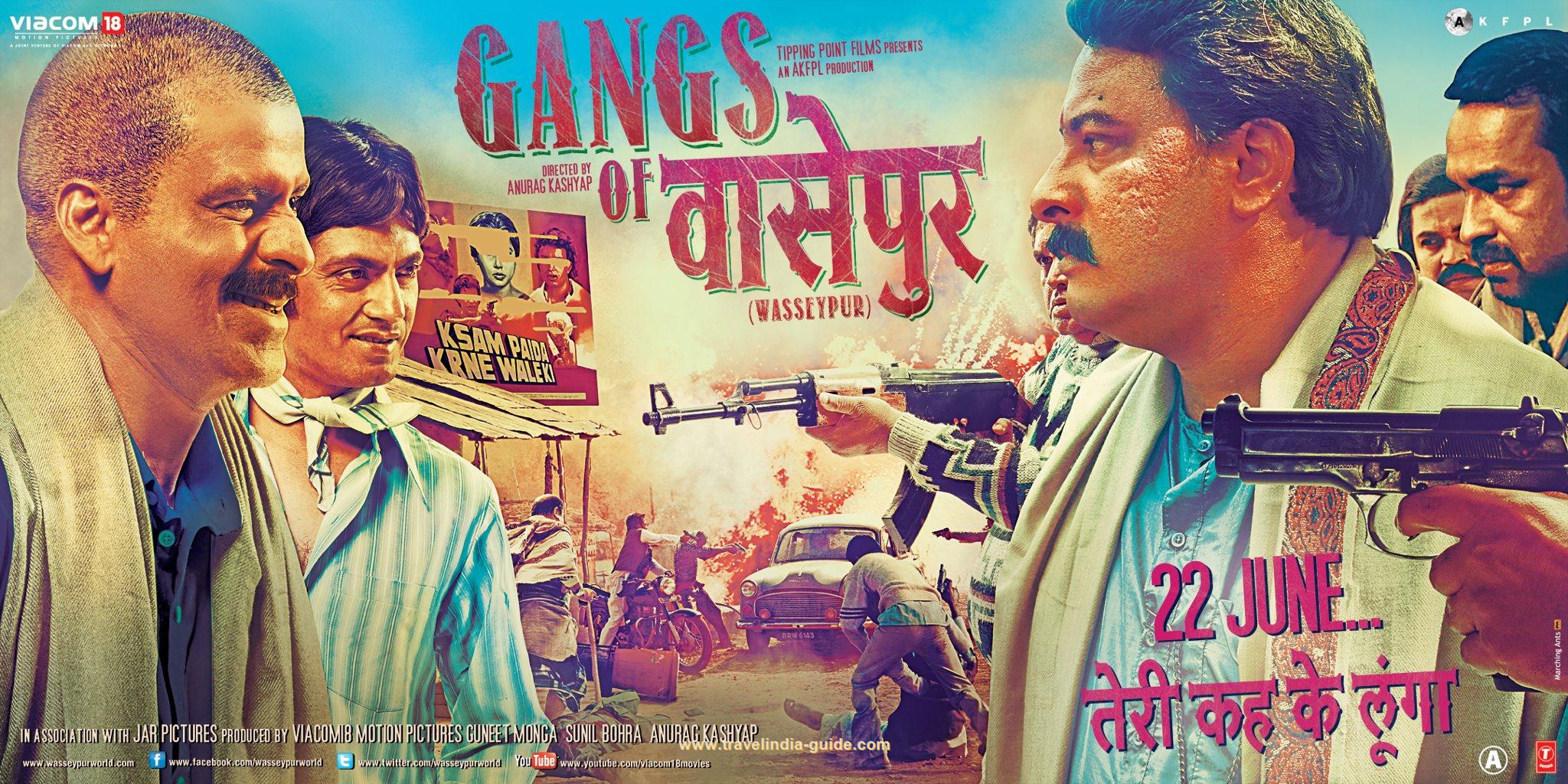 We figured you need something to tide you over until the Irishman comes out so… what better film is there that can fill that void that an epic violent magnus opus in gangster cinema.

Have you ever gone into a film expecting it to be something and then it ended up being a whole other thing but that whole other thing is like… a million times better than you expected? This, is what Gangs of Wasseypur is. Pure unfiltered fun. There is no other way to describe this film. It’s like you walk in expecting a musical and walk into a chainsaw massacre!!!
… We do not condone violence. Despite the awesome violence pictured in this film.

Anyways, picture every Bollywood trope you can think of. You know the woman who is helpless, the action hero who doesn’t get hurt and a personal favorite the musical numbers that are just… it’s… hard to describe, google spiderman-superman crossover Bollywood. You’ll thank us later. Take these tropes and shove them in the garbage.

Gangs of Wasseypur(GoW) is deep exploration of violence, gangster psychology and politics in India (which is more complex than you think). Right from the opening scene, filmmaker Anuarg Kashyap gives the middle finger to the aforementioned Bollywood tropes and opens his film with a 4 minute tracking shot of violence. Armed gangs furiously searching for a man and gunning down everyone in their paths. 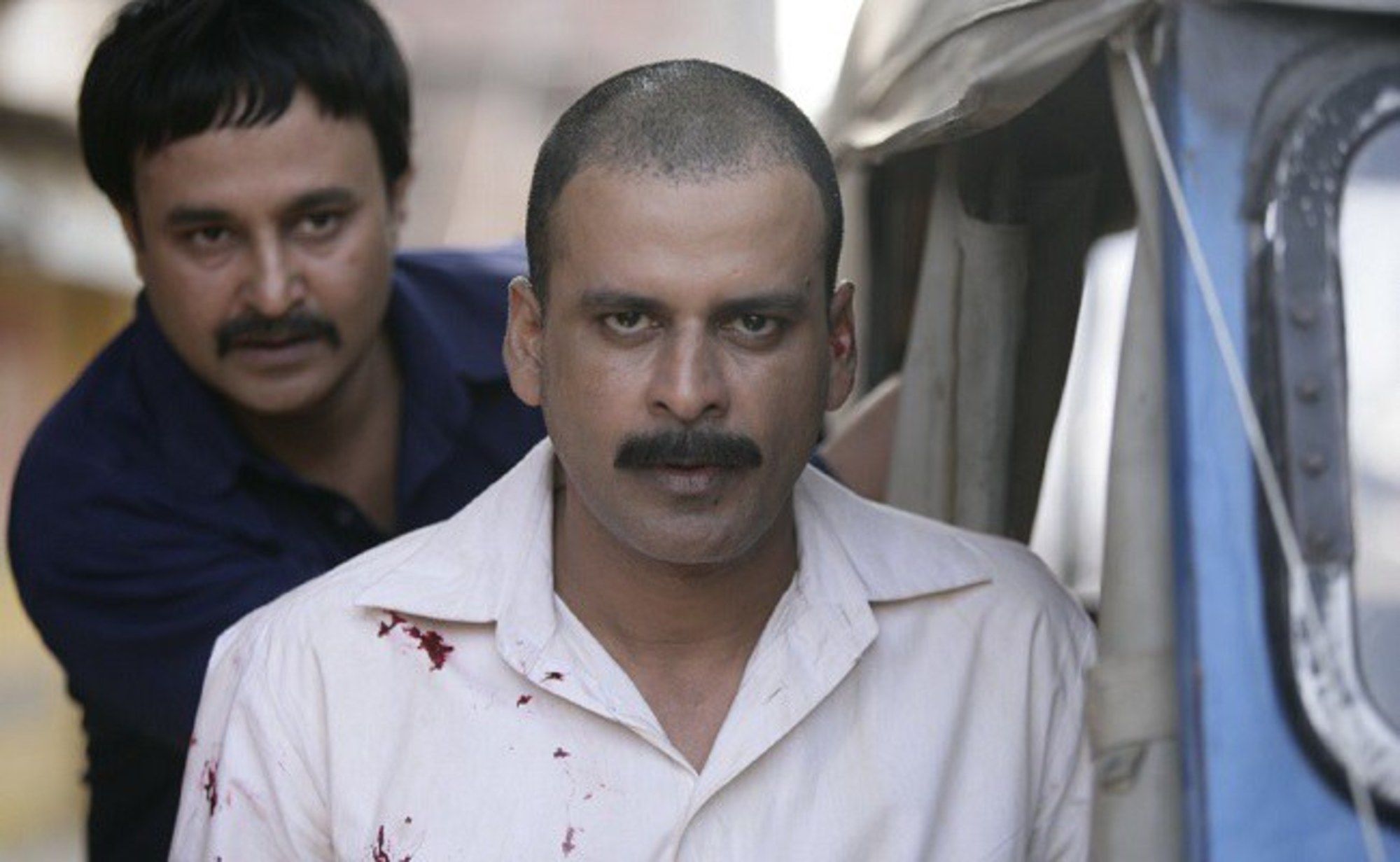 GoW tells an intergenerational story of gangster factions in the state of Wasseypur and is over 5 hours long. This was the only way to tell this story back when it was released. Maybe with streaming platforms, this could have been an even better miniseries. The story delivers 8 decades of conflict between gangs, a study of organized crime, capitalism, politics and family drama within 5 hours. With a study of revenge as an added bonus. The production scale is detailed that the filmmakers ended up started a movement where people in city centers started speaking in a Bihari accent(an equivalent of getere accent).

The magic here is how the director Anuarag Kashyap manages to build his story. He uses smaller stories as stepping stones to the larger narrative. The whole thing is amazingly written. Make no mistake however, each character in GoW can have their own feature-length film. Kashyap uses these characters to tell a specific story that builds into the big picture. And you can’t mention GoW without talking about the performances. Specifically, Nawazuddin Siddiqui(the protagonist of the second film) and Richa Chadda(a lead in both). Both of which steal every scene they walk into. You just can’t help but root for these people.

You can’t also ignore the music. If we had to pick a favorite it’d be Dil Chi Cha Leddar. In one scene, one character goes into another’s house to kill him. The gun hilariously fails (more like epic fail) and suddenly the scene turns into a bike chase scene. The twist here, a crowded street. The music that accompanies this scene, is just beautiful. One part of the lyrics aptly describes the feelings the film evokes, roughly translates to:

It’d makes sense if you watch the movie.

This is a gangster movie for the ages. A gift from the 2010’s to be ranked amongst the Godfather, Good Fellas and Once Upon a Time in America. Calling this epic is an understatement and with an over abundance of mediocre shit out there, missing this is a crime. An added bonus is that after you’ve finished watching this film, you’d be able to be fluent in Hindi curse words….