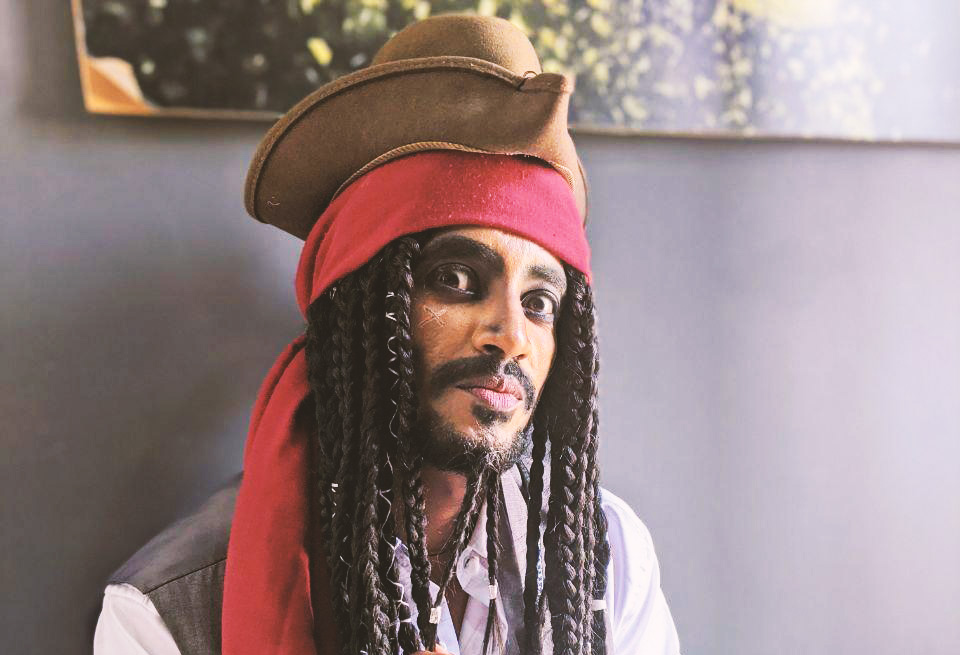 I was born in Addis in 1993 with my twin sister Mahlet Abebe, two years later my dad took the whole family to a small rural town called Tepi, 570-kilo meters on the south side of Addis Abeba for work. And nine years later we came back to the city for good. The exposure to the different textures of life and different areas of Ethiopia at a young age became my biggest inspiration for my artistic pursuits. I started writing (poetry, stories, and journals) at a very early age and my parents supported me and I was also active in my involvement at school.

Creative pursuits greatly fascinated me from a young age. I remember doing perfect braids at the age of seven and showing it to my mother, and since then the concept of cosmetology and fashion was one of my favorite things to think about.

My mom was a teacher, a really good one. I remember staying up all night watching and helping her make teaching aids for her work and I believe that was the turning point in my decision to become an architect.

After joining AAU to study architecture, creativity became vital, and I started seeing every aspect of my life through that lens. After graduation though, I figured out that I was more interested in using architecture to make my dream come true than to become an architect and design structures. So I joined the entertainment industry as a set designer and later pushed myself up to become a production designer. I was also making extra money through freelancing by doing bridals, events, and graphic design work. I Later opened my own studio and I’m still trying to push things forward.

Filmmaking is very therapeutic and entertaining for me, I found it to be a very infinite hub to my skills, potentials, passions, and interests as well. Even though situations aren’t convenient at the moment, it’s up to us to work hard and to better the Ethiopian Film Industry. Especially since we have many untold stories that are very important and interesting to watch. 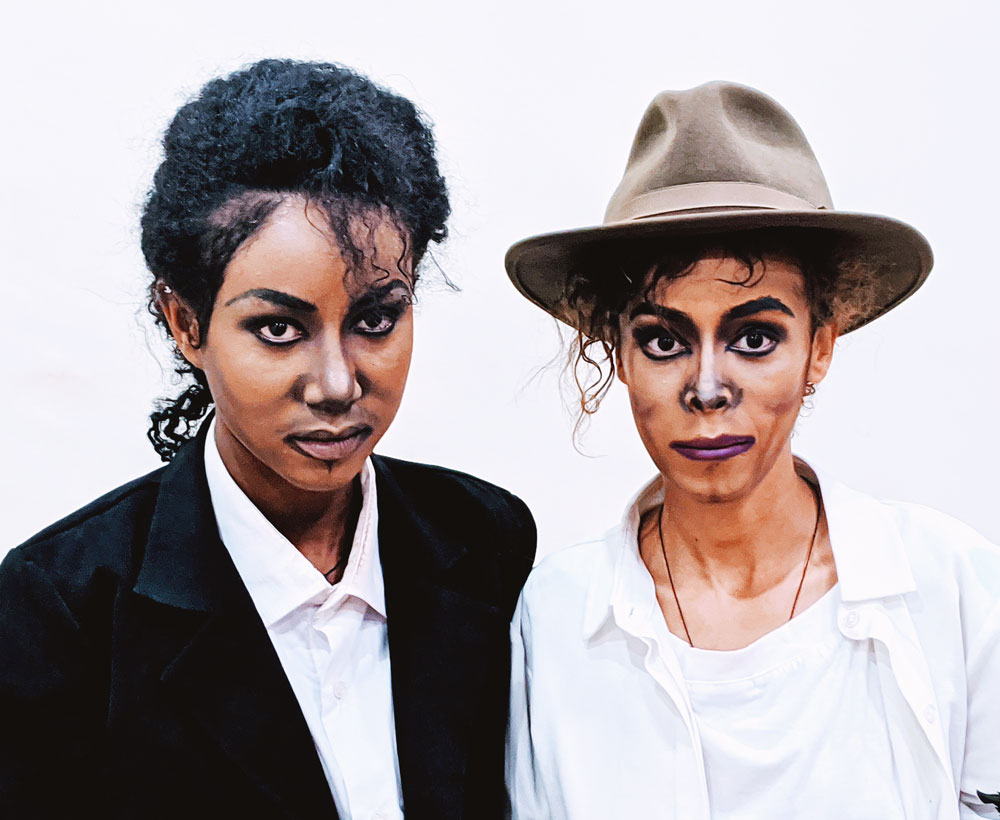 Watching movies and reading fictitious books and comic books inspires me the most, after selecting the character I want to work on then I will start researching that specific character right away. I might even re-watch the movie, and collect pictures and study the facial structure, shade, and shadow on the face of my character, and then start listing out all the costumes and makeup that I need for the project including jewelry and wigs. The next step is to figure out replacing raw materials and look-alike costumes that are easily accessible and can be handmade, then after assembling my fabrics and props, I work on them until I get the expected results, once I am done with the clothing I then arrange cameras and get on to doing the makeups while recording the process. After turning myself into the character I intended to be then I just have fun with it and do photoshoots and small videos while impersonating.

I love true incidents of course and stories based on books, because it is easier to design the production outlook and way easier to relate to, but if it’s not true events, I love pushing my imagination to its edge and go crazy with my stories and even character looks. 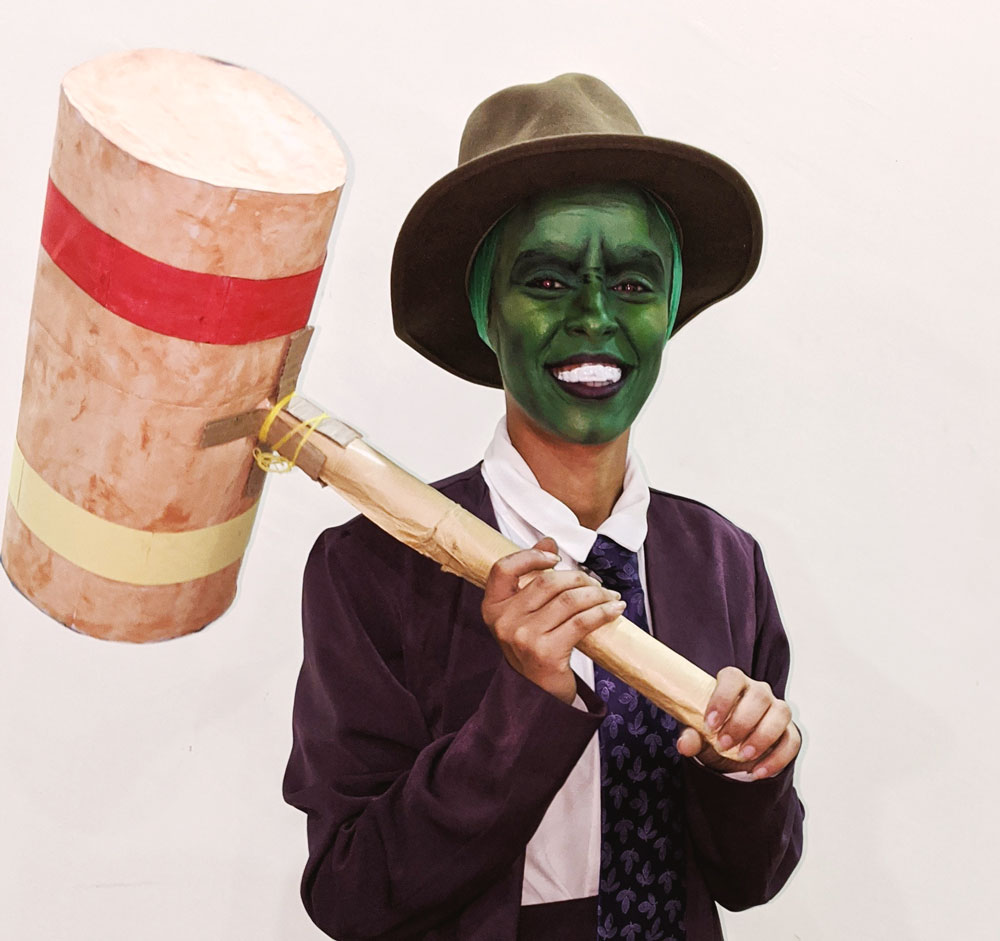 Opportunities are rare to find, and even when you do it’s unlikely that it will be high-budget, so materials will be cheap and visually unappealing.

Most people still think that makeup and costumes are only for the west, and I am in the progress of finding ways to exhibit untold Ethiopian stories with a detailed and well-invested production design, with CGI and VFX technologies integrated as well.

I’ve always known that I was going to own a studio, I have been planning it since childhood and became more specific about my visions as I grew older. I now have a work station both at home and in my studio. This is so I can focus on things that I prioritize most and love doing. In the future, I want to engage actively in the filmmaking industry as soon as possible. 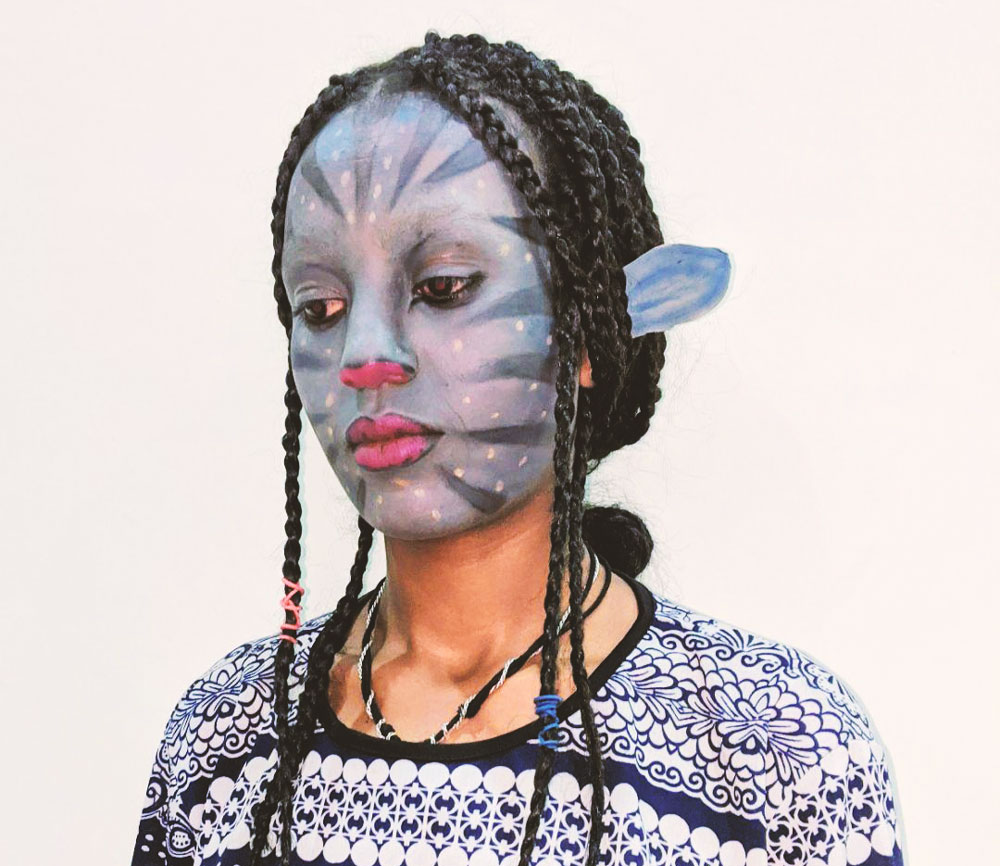 I do believe in brainstorming and meditation before engaging in any creative work, so as a society if we all manage to take this pandemic as a time to hibernate and think of ideas individually, and as soon as everything gets back to the way it was we can also come up with a collective solution.

There was a light at the end of the tunnel, at least for me, personally. But it was devastating at first, knowing that we were on lockdown just a week before I could announce my studio and start working. Since it was an international concern I knew it wasn’t something to fight, rather something to be dealt with, so I assembled a private home studio for myself and started working on my skills even more passionately. This gave me the time to engage on social media and with my audience, and also promote Cosmoberry in a very different and unforeseen way opening a huge path for my journey as an artist.