As a designer, inspiration can come from anywhere. But sometimes influences, attitudes and approaches converge to form a coherent movement that has a knock-on effect around the world.

There have been hundreds of art and design movements of different sizes and significance over the centuries.

Whether they happened 150 years ago or 30 years ago, the impact of many of these is still felt today . So a little knowledge of art history goes a long way.

01. Impressionism and Post-Impressionism
Developed in France in the 19th century, Impressionism came about when a crop of Parisian artists—including Claude Monet, Pierre Auguste Renoir, and Camille Pissarro—grew bored of their studios, bundled up their brushes, paints and canvases and headed outside.

Typically depicting landscapes, Impressionist works are characterized by fine yet visible brush strokes (that sent traditionalists, who didn’t consider perceptible brushstrokes to be ‘artistic’, into quite the tizzy), and often attempt to capture natural light and the seasons in all their changeable beauty. 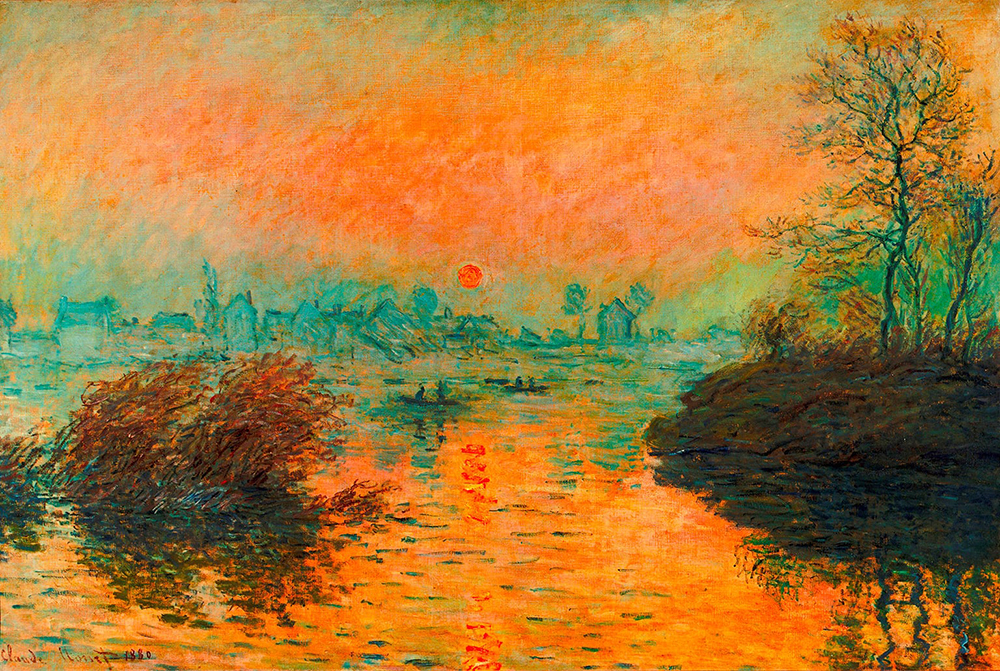 Post-Impressionism, helmed by artists like Vincent van Gogh, moved even further away from naturalism and broke all the ‘rules’ of light and color. These days, light remains a key consideration and component across all types of contemporary art and design—and perhaps we have Impressionism to thank for the freedom to experiment with form and color.

02. Art Nouveau
Famed party-animal-slash-French-artist Henri de Toulouse-Lautrec was at the helm of Art Nouveau, a movement that flourished across architecture, furniture, jewelry, posters and illustration in Europe and the US between 1890 and 1910.

Inspired by the natural forms of plants and flowers, this pretty period is characterized by curvy shapes, mustard, olive and deep red hues and asymmetrical line work— all in a spirited rebellion against the harsh industrialization of the era. 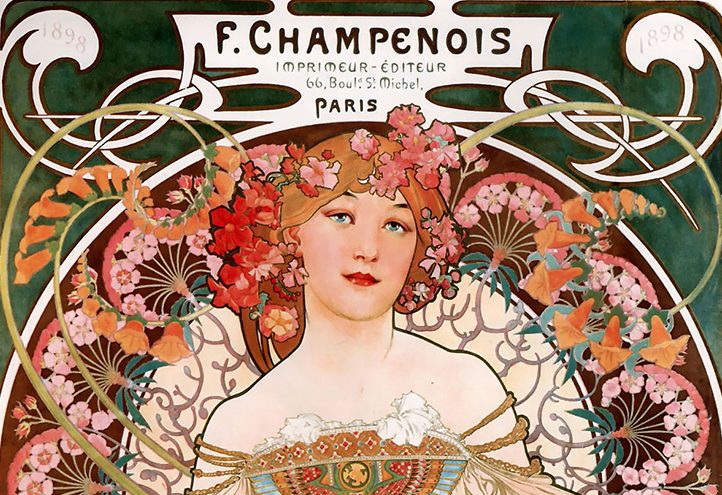 In recent years, Art Nouveau style has made a comeback by way of the ornate, botanical illustrations trending in graphic design.

03. Cubism
Dubbed ‘the first abstract style of modern art’, this revolutionary approach to portraying reality was invented in 1907 by Spain’s Pablo Picasso and French painter Georges Braque. After meeting in Paris, the artistic ‘odd couple’ turned away from more figurative forms and toward total abstraction, together creating Cubism. 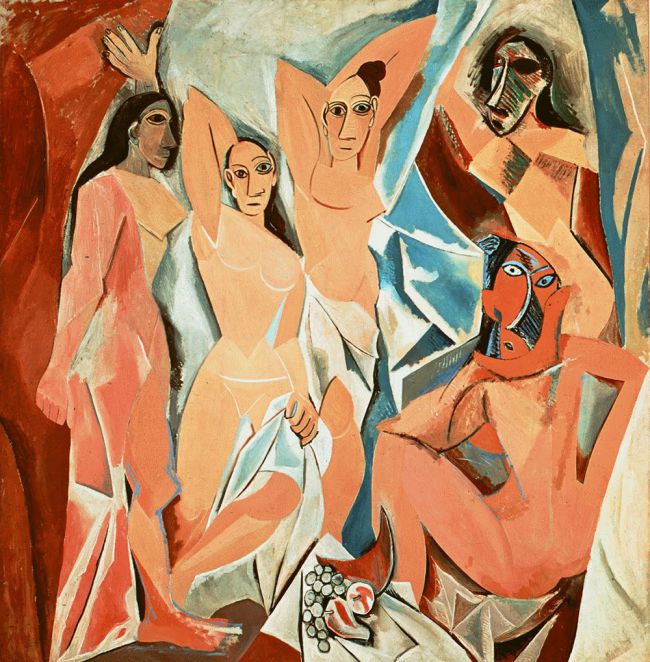 Characterized by fragmented subject matters that can be seen from various viewpoints (and so, named after the three-dimensional ‘cube’) this movement rejects the idea that art should copy nature and took influence from the more expressive tendencies of non-Western art.

04. Futurism
Inspired by the exhilarating moment when he wrote off his car in a ditch after swerving to miss a cyclist, Italian poet and art theorist Filippo Tommaso Marinetti launched Futurism in 1909. 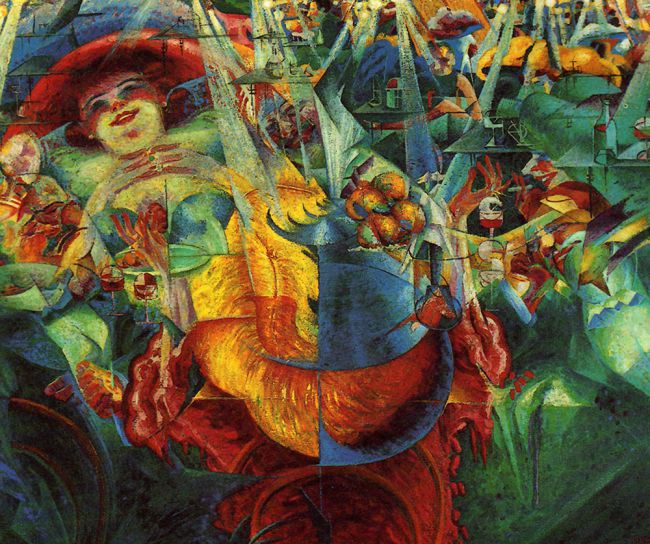 This movement shifts away from the precise lines and square shapes of Cubism, favoring more erratic, angular forms and hanging slopes with the aim of capturing the speed, dynamism, and technologies of the time. (Sidenote: It also employed more female artists than other contemporary movements, and is said to have ‘cleared the way for feminism’).

Futurism was short and sharp (ending in 1916) but left its mark, and can still be detected in the bold intersecting lines and shadows that add dimension and movement to modern-day designs.

05. Art Deco
Emerging out of Art Nouveau in the 1920s, the Art Deco movement attempted to beautify mass-produced, functional constructs such as clocks, cars and buildings. 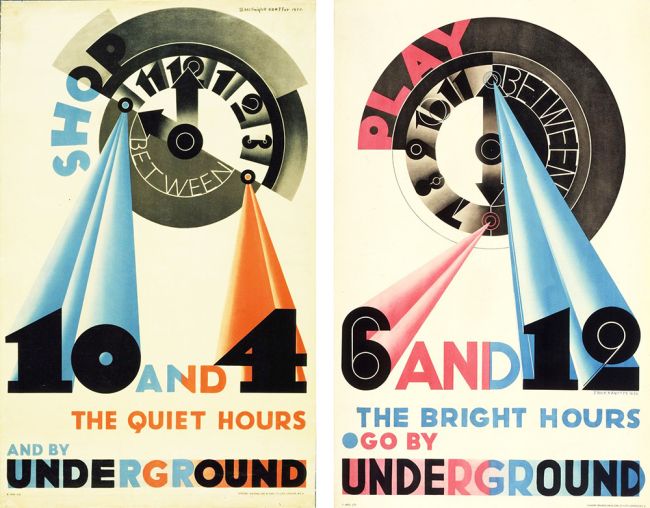 It reached the height of its popularity between the world wars and sought to represent luxury, glamor and technological and social progress (if you’ve seen The Great Gatsby, you’ll get the drift).

The movement is characterized by a shift away from flowing, floral-inspired forms to streamlined, geometric designs. It favored symmetry, strong vertical lines and sleek forms that mirrored the skyscrapers and steel beams of the Machine Age.

06. Pop Art
Soda, soup and celebrities. These were the subject matters of Pop Art, a movement that emerged during the mid to late 1950s. Although it started in the UK, Pop Art exploded in New York City with artists like Andy Warhol and Jasper Johns tossing out traditional views on what art should be. 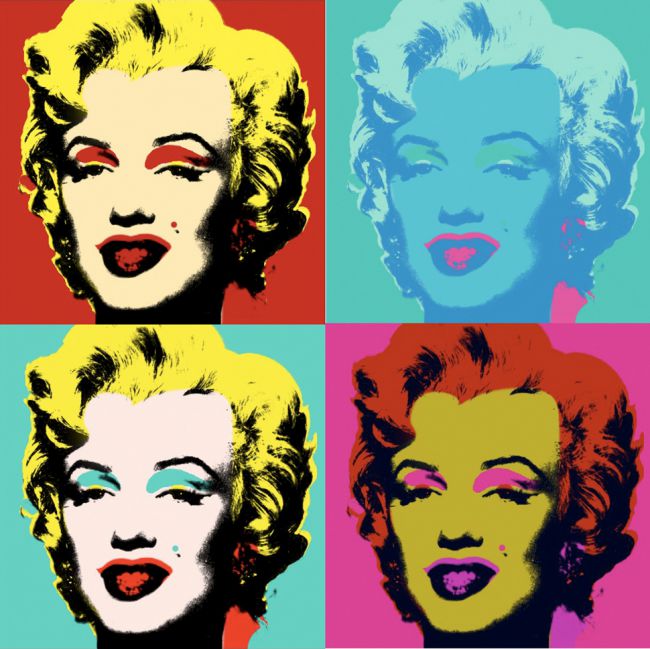 Contemporary graphic designers frequently use Pop Art features such as dotted images, bold colors and repeated series of images, and artists Jeff Koons, Alex Katz, and Julian Opie are among those keeping the movement alive.

07. Surrealism
It may have been founded by Parisian poet André Breton, but the father of Surrealism is undoubtedly Spain’s Salvador Dalí (of the alarmingly upturned mustache). Emerging in 1924, this artistic and literary movement drew inspiration from the psychoanalytic theories of Sigmund Freud, who made a career of tapping into the subconscious mind of his patients. 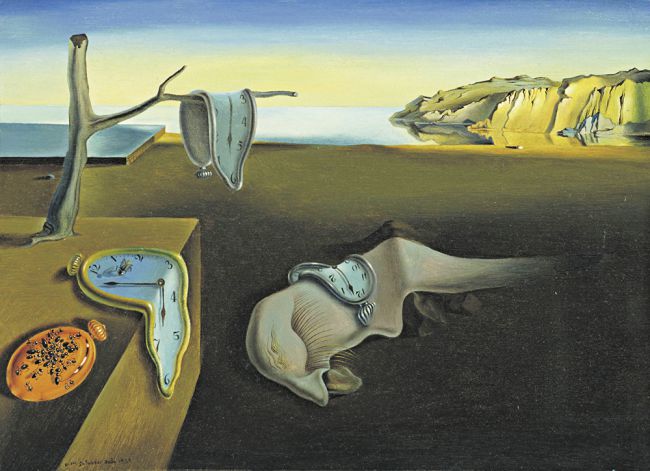 Surrealists shirked the ‘oppressive rationalism’ of modern society, preferring to focus on subconscious territories—such as dreams and uninhibited imagination. Their works created an ‘element of surprise’ through the presence of random objects and illogical juxtapositions.

Thought-provoking compositions continue to surprise us in many contemporary artworks (like those of Australia’s Blacklist studio and Romanian digital artist Madalina Iordache-Levay) and now that we have photo manipulation tools at our fingertips, Surrealistic styling is abundant in graphic design.

08. Minimalism
Minimalist art eschewed artistic expression, preferring to keep things literal (as one of Minimalism’s founders, painter Frank Stella, said of the movement, ‘What you see is what you see’). Extreme simplicity was key to this movement, where medium and materials stole the show from the artists behind them.

Emerging in New York in the early 1960s (and also known as ABC art, Literalism, Literal Art, Reductivism and Rejective Art), Minimalism was characterized by sparsity. It’s artists, including Stella, sculptor Donald Judd and painter Carmen Herrera, tended to use the fewest lines and forms possible to create a piece, and early works were, more often than not, monochromatic.

The movement only lasted a decade, but Minimalism is still very much en vogue – with a ‘less is more’ philosophy currently de-cluttering numerous creative fields (à la Marie Kondo). Contemporary artists with a Minimalist mindset include painter Mary Corse, known for her shimmering white monochromes, and sculptor Arno Kortschot.