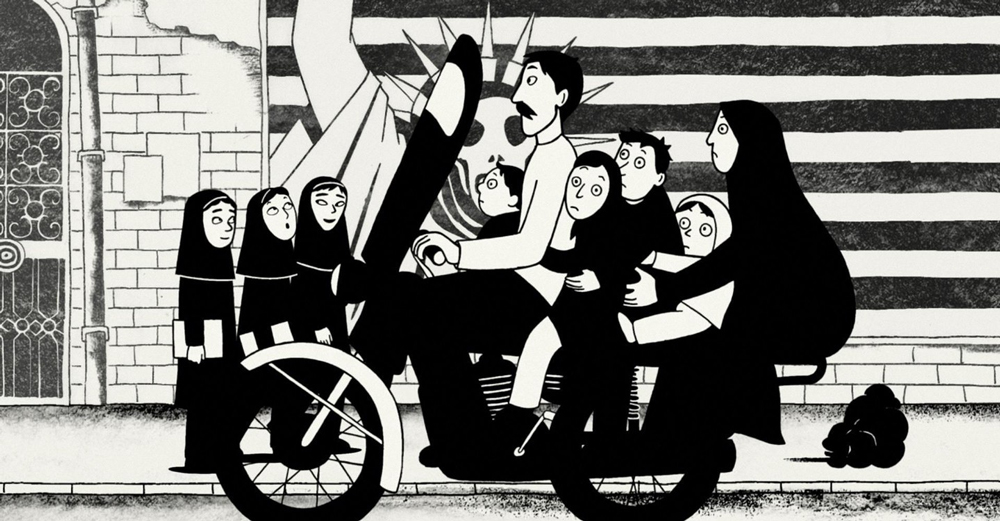 Marajane’s life was very simple. She loved French fries with ketchup (who doesn’t) Bruce Lee was her favorite hero and she only had two obsessions. To one day, shave her legs and become the last prophet of the galaxy. With these very bold statements Persepolis, a triumphant achievement in biographical storytelling that unfolds in gorgeous black and white animation.

Right after that shot, you are greeted with a party scene that seems fun and vibrant but if you pay attention, you notice tinges of sadness here and there. Mainly because the protagonist is living in pre 1979 Iran. A place that was a paradox. At the same time progressive and was more modern than some western countries and then you had the Shah of Iran whose wife was rumoured to bath in milk to keep her skin smooth and silky. And of course, the myriads of imprisonments, mass shootings and general oppression. However, despite that, you see people having fun, dis- cussing their ideas openly regardless of the price they pay.

There are plenty of Iranian films that depict life in Iran prior to the revolution but not many can paint you such a vivid picture of what it’s like to trade one oppressive regime with another. While watching this film, I couldn’t help but compare it to the DERG in Ethiopia. When the emperor fell from power, all the hopes, promised freedoms and progress was stolen from the people. Just like that, Marjane’s world goes through a complicated process and waves of emotions as she navigates the new changes and tries to understand the world around her. 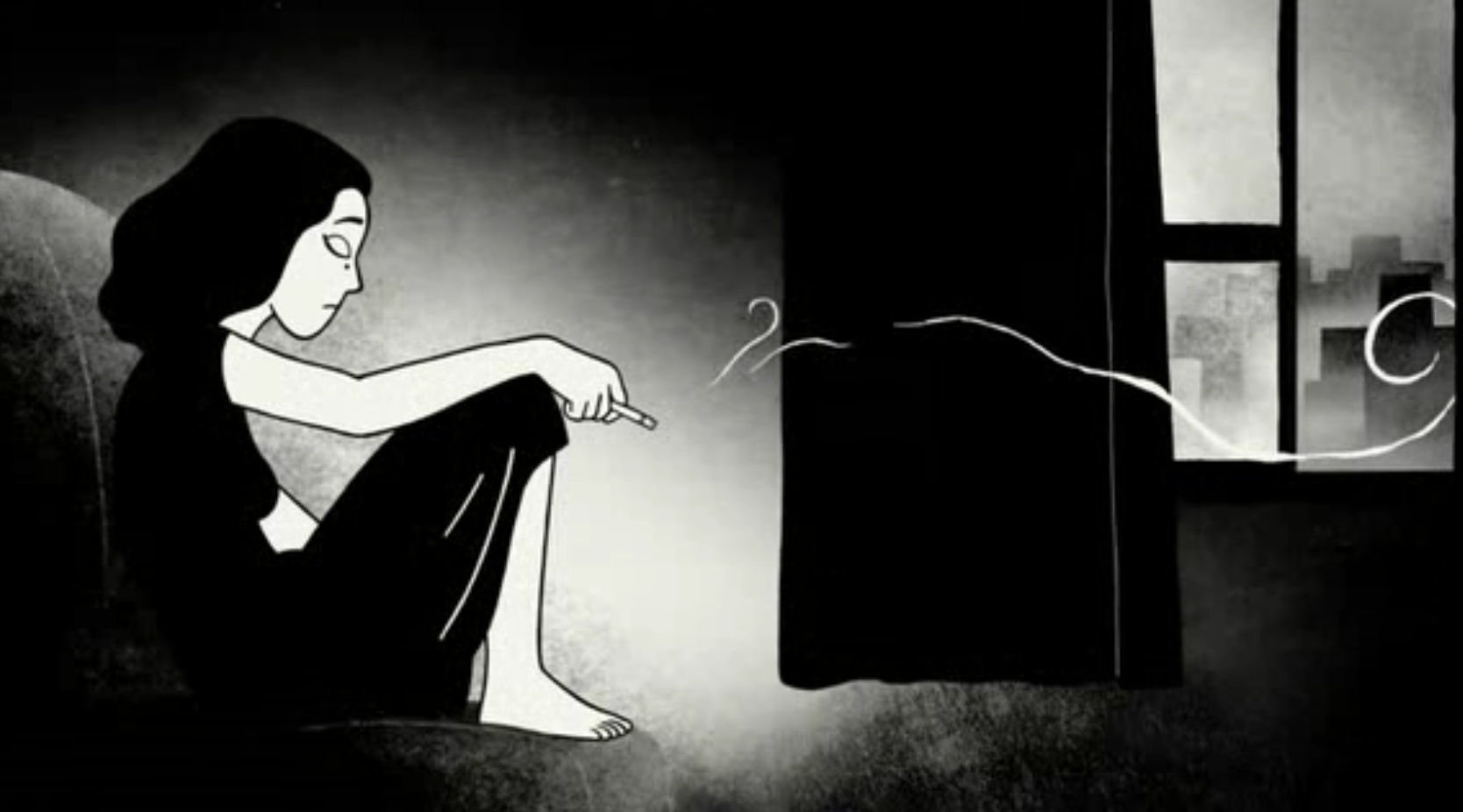 In all this, it is very surprising how you don’t hear the words “Muslim extremist” or “dictator”. As mentioned before, the first thing that comes to mind is a dictatorial regime and the response it begets. The responses from the people “every revolution goes through a phase” the people’s understanding of the changes, their reactions, the people’s concerns masked by hopeful wishes everything is just so authentic it feels like it was written today and about a country that actually exists. All that despite, the surreal elements. The other film that portrays a personal amidst a dictatorial regime this well is Pan’s Labyrinth.

But what makes Persepolis so good is how it feels like it could be your story. That’s the secret to its suspense. At every turn, you wish Marjane the best. It’s not just a film. It’s a raw experience that is only powered by its great visual style and charming cast. Best of all, it doesn’t feel like you watch a movie about what it means to be Iranian. It feels like you’re watching a story of a human going through stuff .

Please, please give this one a try if you haven’t already.