When We Take Sides | Freelance 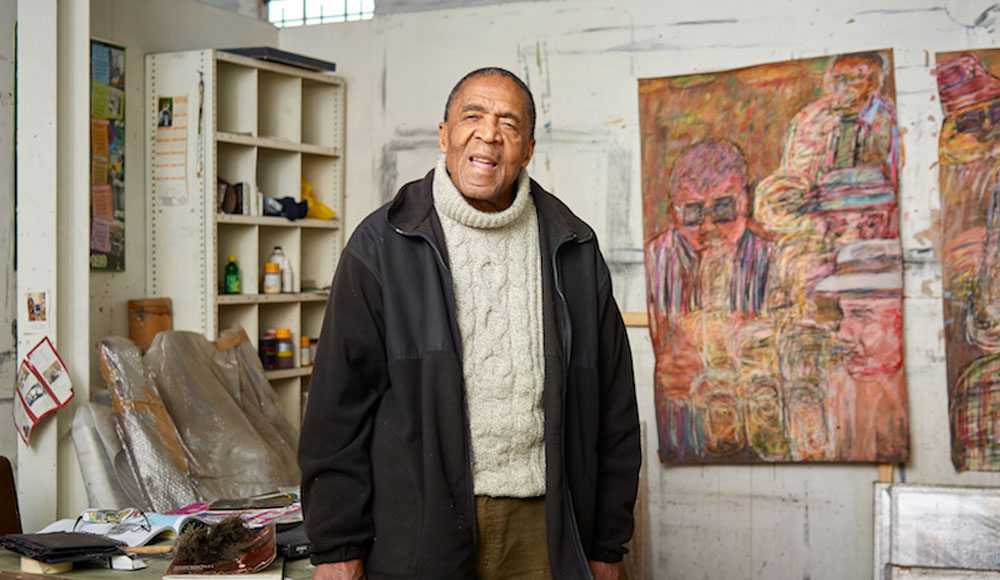 If one thing positive comes out of the pandemic, it’s our sudden awakening to the pain of others. Politicians can no longer say, it’ll be better. People seem to be more adamant about the walk part of the talk. At least for now. Businesses, seem to be acknowledging the importance of taking care of people and nature. It’s can no longer be just about profits. Even in the film industry, which to be fair was propelled by the me too movement, films now need to include social conversations or it’ll be hard (slightly at least) for them to just bank on a big star. A side quiet moment, to the talent we lost from Irfan Khan and Sushant Singh Rajput in the east to Ian Holmes in the west.

However, there has always been one section of professionals that has been well attuned and woke (not in the modern sense of the word) to injustice. Some of these used their brush to say something others their pen. We’re talking about creatives in all shapes and sizes. History has shown that, for some reason, creatives sense injustice quicker. Maybe it’s the sensitive part or creatives have a bullshit meter that sense it a mile away. Whatever it might be, here are some instances in history where creatives have inspired actions.

Apartheid has to be one of the worst things to have happened to Africa. But it’s also one of the strangest. It’s like this stranger coming to your house and you let him be there and that very stranger bullies you into giving up part of your country and puts up these bizarre restrictions around because you’re ruining the vibe with your presence.

Much of Apartheid was about restricting movement. By restricting movement, they were restricting people to connect intermix and ultimately barring victims from upward mobility. This was no different in the art space. Black artists were banned from art schools and museums. David Koloane an artist at the time, wanted to reclaim the spaces stolen from his people through art. Together with white artists and black artists who had had enough, he launched and ran the first black arts space. He took sides by making it clear that art is voice for the people. The Medu Art Ensemble on the other hand, pushed the revolutionary thought into a revolution. Founded by the Laureate Poet, Mongane Wally Serote and Thamsanqa Thami Mnyele, the Medu Art Ensemble was founded with the sole purpose of ending Apartheid. They advocated their mission through creative expression. It was a hopeful collective that invited poets, playwrights, graphic designers and all sorts of creative to use their artistic voice to take action.
It started with just 15 artists that were seeking refuge from racist laws grew into 50 members from around the world. The diversity was reflected in the art they produced. From soviet-influenced working class art to Namibian imagery. United in their stance against anti-black policy, they rejected the elite artiste identity that barred the voice of the people from ever surfacing. Each Madu artist, was committed to contributing to the daily communal efforts of people involved in the anti-apartheid movement. It’s also interesting to note the slogans they used. “White republics: NO! People’s republic: Yes”.

The Medu Ensemble’s end however, didn’t have a happy end. The south African defence forces, raided the headquarters in Gabarone ended up killing 12 of artists and put an end to the movement. Thami Mnyele, a victim of the raid, Medu said this about his art and in extension creativity in general: “The act of creating art should complement the act of creating shelter for my family or liberating the country for my people. This is culture.” 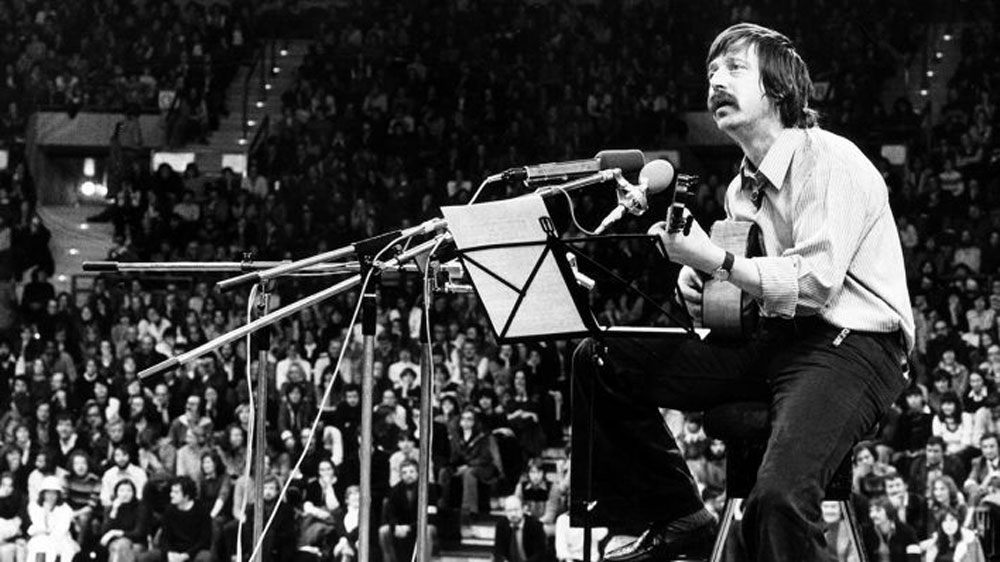 Wolf Biermann, a German singer-songwriter from the East decides to sing about his Germany. The East, in the 70’s. Sandwiched between a Cold war and separation, Germany’s separation felt more societal than it was ideological. Average people, like most wars involving ideologies, probably just wanted to eat their sour kraut and drink their beers while complaining about football. So Biermann’s was born in a place that revoked his right to perform. As a singer, that’s like taking your breath. He wasn’t allowed to sing his songs that criticised the leadership but the very same state gave him permission to go on a cultural tour in West Germany.

When he went there, either due to one too many drinks or a fuck you to a system he wanted to change, he performed from the heart. His singing, however, was a little too honest for the East German side and was immediately banned from re-entering. Which was devastating. Especially, for a person who was a critical communist. He didn’t want to leave East German, he wanted to make it better. He hoped for a Germany that left its citizens alone and didn’t shoot its citizen for simply wanting to reuniting their families in the west or simply for a better life.

His expatriation, however, didn’t end there. After his concert, a wave of protests unfolded that soon drained slowly artists and intellectuals from the East side. Some of which, actually didn’t want to leave. Anonymous citizens soon followed with a series of paintings dedicated to him. The whole thing was an uncontrollable wildfire for the East German state and propelled Wolf to icon status. The Biermann concert was taped and distributed amongst friends. Historians claim that the protests were the beginning of the people’s resistance.

It’s only fitting that Beirmann gave a concert in the East when the fall and stages were reopened for the first time. 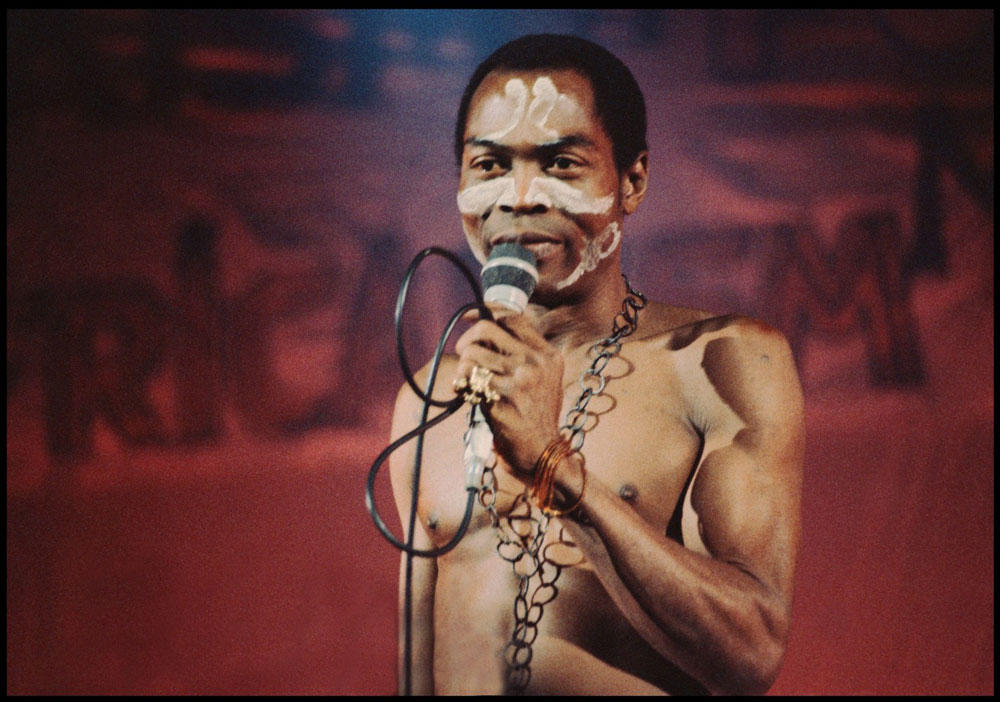 Back to Africa, Fela Kuti, is a Nigerian musician whose unique blend of social activism and provocative lyrics turned him into one of the continent’s most revered figure. Born during the English colonial occupation of Nigeria, he was the son to a Feminist mother known for her vehement opposition to the English rule and an Anglican minister. He is also the first person to come up with the term Afrobeat.

Fela was known to be provocative so after a brief interaction with the black power movement in America, he started to be more vocal about injustices going on his country. He even formed a commune, he claimed to be independent of the Nigerian state, the Kalakuta commune. This was his home and studio as well as a home for people connected to his band. One of his Albums, most of which were sung in Pidgin English, titled Zombies propelled him to cultural icon but also infuriated the government and which in turns resulted in “a run in” with the government that led to the destruction of his commune. His response, he delivered his mother’s coffin to a General’s residence (assumed to be responsible for the attack on Kuti) and two songs. “Coffins for heads of state” and “Unknown Solider”.

His main beef was the corruption, Nigeria and the rest of the continent was unfortunately known for in the post-colonial world. He had the magnetic presence no other musician had in Nigeria that he sort of became the unofficial symbol of liberation and anti-corruption. Although his vision of a corruption free Africa where men (a little misogynist but hey it’s supposed to be a free country) could marry as many women as they want (he had 12 wives he would frequent in rotation) might be far but his legacy still lives on. In art and activism. 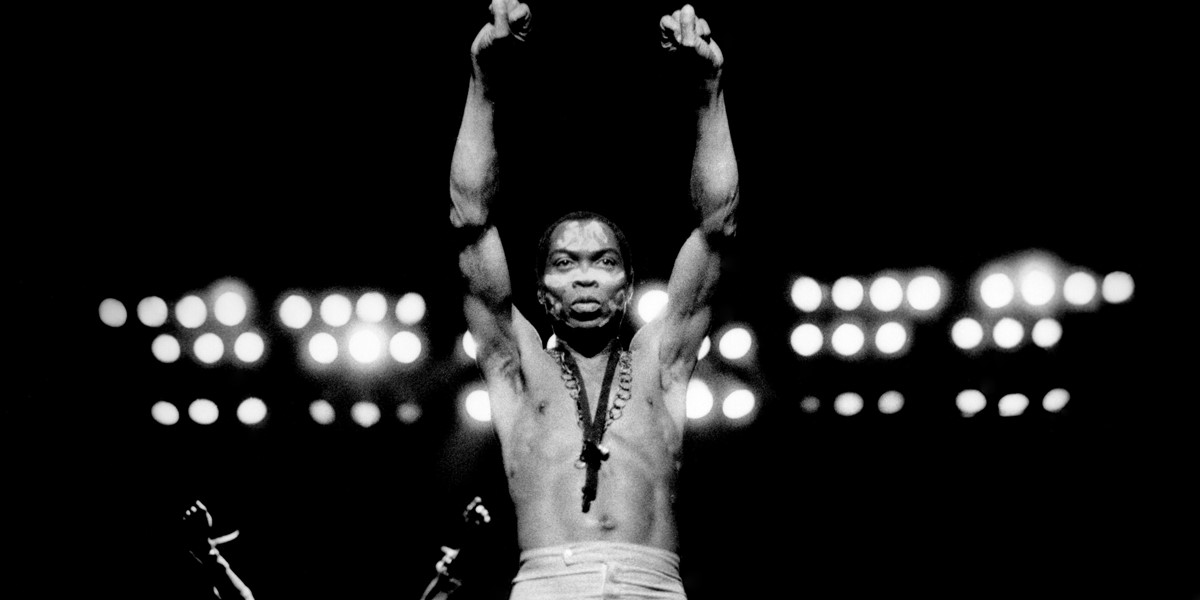 His music transcended the medium and tapped into the psyche of the average Nigerian life. He had a print media that routinely criticised the government for any wrong doing. His political commentary column “Chief Priest Say” often sneaked into the societal sphere of daily Nigerian life where he acknowledged the struggles people faced and that later slowly evolved into something more tangible. Like his free health care initiative in the Kalakuta Republic, which was operated by his own brother Beko. He even tried to run for president for 10 years through the party he created Movement of The People, he even called himself Fela of The People.

Today he’s still celebrated long after his death, through a music festival called Felabration. His legacy is still visible today. The Afrobeat genre, is also a rejection of what Western imposition of what cool music is. It’s not just hip music that plays in clubs, it’s ultimately a Pan African movement.

Ultimately, when the artist takes sides, he/she is expressing something that’s beyond words. Because whether it’s political or climate change injustice, is beyond words. It needs actions. It needs art to make sense of what’s happening and move everyone to do something about it. If art isn’t about inspiration and moving people towards a better world, then what’s the point?